Irish virtuoso recorder player and Baroque cellist, Kate Hearne, is a graduate of the Royal Irish Academy of Music and Stockholm’s Royal College of Music. Equally at home on both instruments, she tours extensively as a soloist and chamber musician with an array of different ensembles, performing everything from Baroque to contemporary music. Her versatility as a performer and love of storytelling through music has led to her inclusion in many theatre and opera productions over the years, from stage work at Drottningholm Theatre to choreographed productions for children and babies. She is especially interested in new meetings and collaborations with other musicians and artists, and the resulting fusion of different genres.

During her student years, Kate was recipient of many awards for her playing, including first prize at the inaugural Montréal International Recorder Competition and scholarships from the Bank of Ireland Millennium Scholars Trust, the Arts Council of Ireland, the Swedish Arts Council, Kungliga Musikalsika Akademien, and Konstnärsnämnden, among others. She has recorded for labels such as BIS, CPO, Decca, Lyric, LAWO and ECM with ensembles including Concerto Copenhagen, Barokksolistene, the Norwegian Soloists Choir, the Irish Baroque Orchestra and Woodpeckers Recorder Quartet.

Kate is adamant about spreading her knowledge and enthusiasm on to the next generation and she is involved in some fantastic projects for babies, children and young people. As a member of the virtuoso recorder quartet Woodpeckers and the theatre group Baby Loves Music, she insures that live music reaches hundreds of small ears every year through various education and performance projects in Sweden, Norway, Denmark and Ireland.

She has given masterclasses and coached the Baroque orchestra at the Royal Irish Academy of Music and teaches at several summer courses throughout Europe. She lives with her family in Sweden’s Northernmost town, Kiruna, 200km above the Arctic Circle. 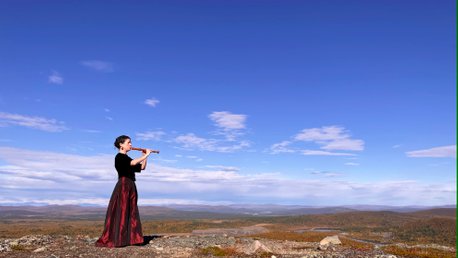